New firmware updates are now available for the Sony Xperia Z and Xperia ZL. Both new ROMs bring similar improvements over the system, signal and touch sensitivity, bug fixes and are still based on the Android 4.2.2 Jelly Bean. 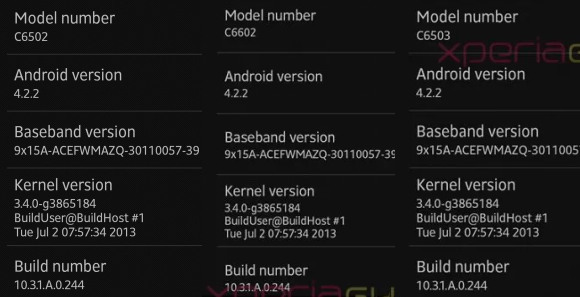 There is no official change log on the updates, but some users have already compiled a list of all the notable changes.

Our tipster mentions unusual heating when running the AnTuTu benchmark, but there’s no confirmation of that from other sources.

The updates are available both over-the-air and via the Sony PC companion.

Sony recently updated the Xperia Z and ZL with Android 4.2.2 but the ROM contained some bugs and it seems Sony was working hard to fix them as fast as possible. As you can see some new features made it with the update as well that weren’t probably ready in time for the previous 4.2.2 major update.

Anyway, it’s good to see Sony is taking good care of its flagships and is pushing faster than ever firmware updates.