Samsung’s budget Galaxy J1 smartphone has been confirmed to launch on Wednesday in India. The Samsung Galaxy J1 has been priced at Rs. 7,190, and its launch would make India one of the first regions it is available. 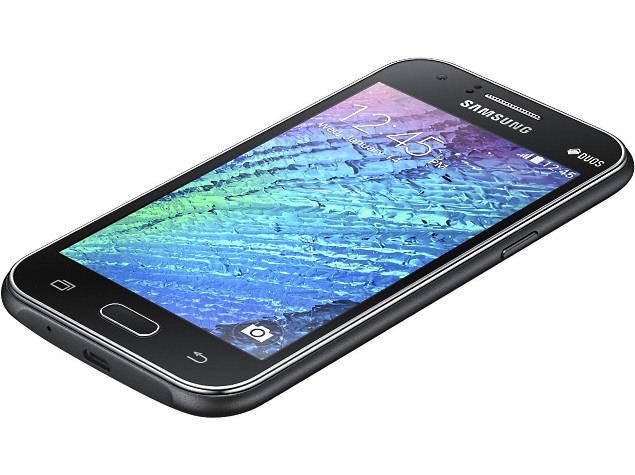 The news was confirmed in a tweet on Tuesday by Amazon India, which also indicates the Samsung Galaxy J1 might be exclusive to the online retailer; however, we have to wait until Wednesday to know for sure.

The Galaxy J1, after a flurry of leaks, was finally listed last month on the company’s Malaysian website without price details. The smartphone comes with dual-SIM (GSM+GSM) support which runs Android 4.4.4 KitKat out-of-the-box. The Galaxy J1 features a 4.3-inch (480×800 pixels) WVGA TFT display. The smartphone is powered by unspecified dual-core 1.2GHz processor coupled with 512MB of RAM. It comes with 4GB of inbuilt storage, which is further expandable via microSD card (up to 64GB). It sports a 5-megapixel rear camera with LED flash, while there is a secondary 2-megapixel front-facing camera also onboard.

The Samsung Galaxy J1 features some camera add-ons such as ‘palm selfie’ and ‘tap to pick’ which gives more options and flexibility to capture the user’s favourite moments.

On the connectivity front, the Samsung Galaxy J1 offers 3G, GPRS/ EDGE, Wi-Fi 802.11 b/g/n, Micro-USB, and Bluetooth options. The smartphone packs an 1850mAh battery, which according to the online retailer’s listing is rated to deliver up to 10 hours of talk time. An Ultra Power Saving Mode is also available on the Galaxy J1 to extend the battery usage. It measures 129×68.2×8.9mm; weighs 122 grams, and is listed in Black colour.