Karbonn has been quite offensive off late in the Indian budget smartphone scenario and has been launching quite a lot of devices. The company has launched yet another device which will be present in entry level segment. Karbonn A11+ is the device we are talking about and it bears quite a lot of resemblance to the HTC Desire SV in terms of looks. It has been priced at Rs 5,899. 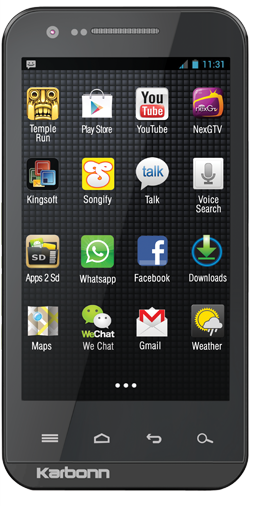 Our Take: It comes with a pretty big screen but at the same time runs on an older version of Android. It might be good for someone who is upgrading from a feature phone but other than that, it does not make for a very good buy.