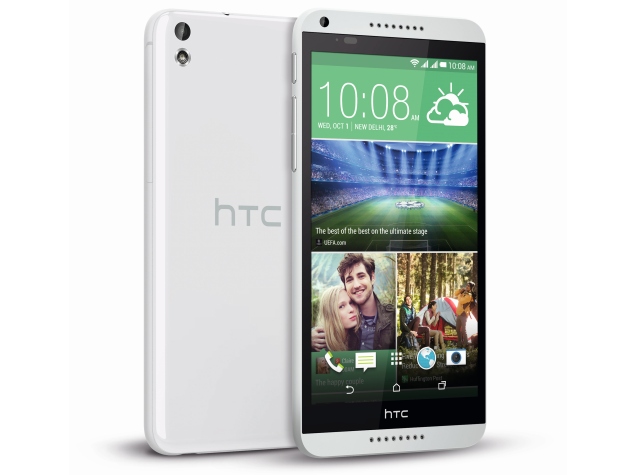 All other specifications remain the same between the two variants, though once again, HTC has not specified the Android version – the first generation ran on Android 4.4.2 KitKat however. The dual-SIM Desire 816G (2015) features a 5.5-inch HD (720×1280 pixels), 1GB of RAM, and 16GB of built-in storage expandable via microSD card (up to 32GB).

Other specifications include accelerometer, proximity sensor, digital compass, and ambient light sensor, a 2600mAh battery rated to deliver up to 10 hours of talk time on 3G, and 460 hours of standby time. The company is also touting the presence of its BlinkFeed home page feature, as well as dual-frontal speakers with BoomSound.

HTC recently launched another octa-core smartphone in India, the HTC Desire 526G+ Dual SIM. The smartphone is priced at Rs. 10,400 for the 8GB storage variant and Rs. 11,400 for 16GB storage version. Besides a 4.7-inch qHD (540×960 pixels) display, it packs a 1.7GHz octa-core (unspecified) processor coupled with 1GB RAM. It sports a 8-megapixel rear camera with LED flash, and a 2-megapixel front-facing camera.

In a statement about the launch, Faisal Siddiqui, Vice President and Country Head, HTC India, said, “The new offering under the HTC Desire series is our next step towards a power packed combination of beautiful design and flagship performance all backed by a powerful 1.7GHz octa-core processor. The HTC Desire 816G is the best buy amongst big screen devices, packing powerful performance and innovative design perfectly at a great price.”