Never mind the leaks, the real deal is out. It has a bigger than expected 6″ screen with the amazing QHD resolution (sometimes called 2K, but either way both refer to 2,560 x 1,440). That gives it a whopping 490ppi pixel density, higher than even the 4.7″ 1080p screen of the HTC One despite the sizable difference in the diagonal. 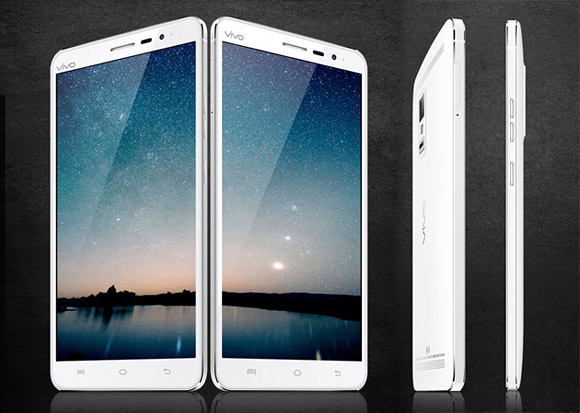 The camera (rumors had little to say about it) is a 13MP shooter with a fast f/1.8 aperture. Next to it is a fingerprint scanner and there’s a 5MP camera on the front. Vivo has created a custom camera app called Photo+, which shares your videos to the cloud and features augmented reality.

The Xplay 3S phablet weighs 172g (not much for something this size). The body features a metallic bezel and houses 32GB of built-in storage and a 3,200mAh battery.

Vivo went all out with the audio features – the Xplay 3S TI OPA2604 amp, ESS Technology ES9018 DAC and the DTS Headphones:X, which enables 7.1 and even 11.1 emulation. Vivo offers a selection of 200 movies that work with the Headphones:X feature (the streaming service also offers 400 1080p movies and 1000+ 720p movies, but no QHD movies yet).