Bharti Airtel on Tuesday reported an over 30 percent jump in its consolidated net profit at Rs.1,255 crores for the March quarter, driven by growth in mobile data revenue.

The country’s largest telecom operator had reported a net profit of Rs. 962 crores in the corresponding period a year ago.

Total revenue of the company rose 3.6 percent to Rs. 23,016 crores for the reported quarter as compared with Rs. 22,219 crores in the year-ago period, Bharti Airtel said in a statement. 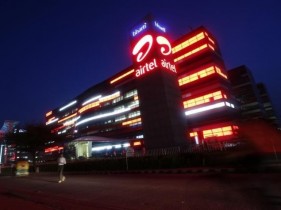 “The year has ended on a healthy note, with revenue growth accelerating to 12.1 percent in FY 2014-15, from 9.9 percent and 9.5 percent respectively in the previous two years,” Bharti Airtel MD and CEO (India and South Asia) Gopal Vittal said.

In India, mobile data revenues registered a growth of 70.4 percent to reach Rs. 2,324 crores, uplifted by increase in usage per customer by 41.2 percent and data customer base by 30.3 percent.

Africa revenues grew by 3.4 percent year-on-year in constant currency terms, but the reported revenues were down by 12.6 percent due to significant currency movements in last 12 months. 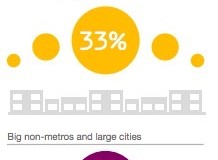