Apple  has officially released iOS 8.1.3. The update can be downloaded by going to Settings > General > Software Update. You can also download and install the update through iTunes by plugging in your iPhone to your Mac or PC. The iOS 8.1.3 update contains bug fixes, stability enhancements and performance improvements. The download size of iOS 8.1.3 is 246MB.

When Apple released iOS 8, many complained about the inability to install the update over-the-air (OTA) because of limited free space on their iOS device. This issue has often been blamed for the slow adoption rate of iOS 8 compared to its predecessors. With iOS 8.1.3, Apple looks to have addressed this problem, with some claiming they’ve been able to install the update on devices with less than 0.5GB free.

Apart from this much-needed patch, iOS 8.1.3 also brings a fix for an issue that can prevent some users from entering their Apple ID password for Messages and FaceTime, while also addressing an issue that cause Spotlight to stop displaying app results. 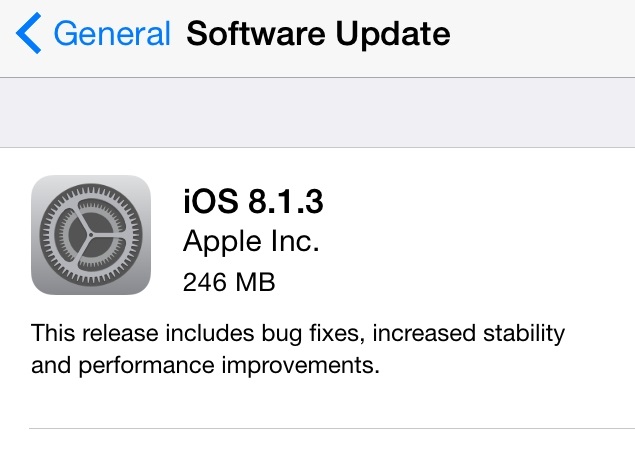 What are some of the specific changes? The updates include:
1.) The amount of storage required to perform a software update has been reduced.
2.) An issue that prevented some users from entering their Apple ID password for Messages and FaceTime has been fixed.
3.) iOS 8.1.3 addresses an issue that caused Spotlight to stop displaying app results.
4.) The iPad issue which prevented multitasking gestures from working has been fixed.
5.) There are new configuration options for education standardized testing.

Unfortunately, Apple iOS 8.1.3 does not fix the “GMT bug.” The GMT bug causes appointments created in one time zone on an iOS device to incorrectly show another timezone due to server syncing issues. The appointments with the GMT bugs likely originated from Google Calendar or Microsoft Exchange.

Apple launched iOS 8 in September when the iPhone 6 and iPhone 6 Plus was announced. Apple Pay support was added about a month later. There were a few bugs when iOS 8 launched so Apple quickly launched iOS 8.1.1 in November and iOS 8.1.2 in December. iOS 8.1.1 added improved performance for the iPhone 4s and the iPad 2. And iOS 8.1.2 contained other bug fixes, including issues that affected ringtones. 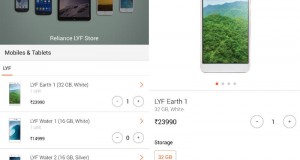 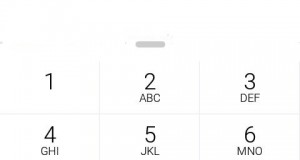 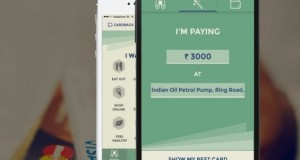 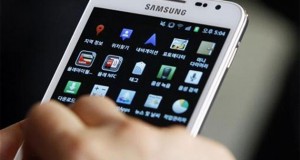 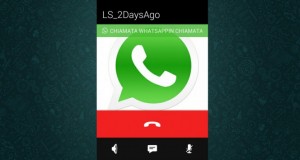