San Francisco: Supply issues have snarled the US rollout of Samsung Electronics Co Ltd’s latest flagship smartphone, which will go on sale at carriers Sprint and T-Mobile later than expected, the wireless service providers said on Wednesday.

Samsung attributed the disruption to unexpectedly strong demand for the Galaxy S4, the South Korean company’s direct challenge to Apple Inc’s iPhone.”Due to overwhelming global demand of Galaxy S4, the initial supply may be limited. We expect to fulfill inventory to meet demands in the coming weeks,” the company said in a statement.

At T-Mobile, online orders will now begin April 29 instead of Wednesday as initially planned because of “an unexpected delay with inventory deliveries.” Sprint will take online orders starting Saturday as planned, but the phone will be sold at retail outlets only as it becomes available.

“We had planned to launch this next generation of the award-winning Samsung Galaxy line-up on Saturday,” Sprint said in a statement. “Unfortunately, due to unexpected inventory challenges from Samsung, we will be slightly delayed with our full product launch.” 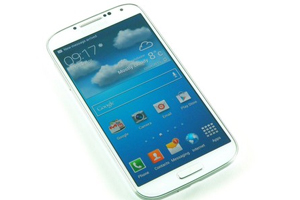 AT&T, on the other hand, said everything was on track and the S4 would go on sale this Saturday as planned.

“Demand is far stronger than we had expected and as a result we are having difficulties in fully meeting initial supply requests,” Lee Don-joo, head of sales and marketing at Samsung’s mobile business, told reporters in Seoul.He said the global launch would go ahead as planned on Saturday with carriers which had agreed to receive the initial supply. The phones would be shipped to other operators once network tests had been completed.

News of the patchy rollout came a day after Samsung, in one of its signature marketing strategies, took out an eight-page, full-color insert in the Wall Street Journal heralding the arrival of the device.And by early summer, it will have set up Samsung “Experience” stores in about 1,400 Best Buy locations, designed to showcase its line-up of mobile and other electronics devices.

It was unclear what specific issues Samsung had encountered with the Galaxy S4 debut.Supply shortages often plague the global launches of popular smartphones. iPhone buyers once routinely waited weeks or even months to receive their purchases.Samsung’s “S” line of smartphones spearheaded its assault against Apple in past years and was instrumental in helping the company claim top-spot in the global smartphone market.

The new S4, which sports a host of software-enabled features, is seen as stealing a headstart on what’s widely expected to be an upgraded iPhone later this year. But the phone, which Samsung has said will be available in over 150 countries by the end of April, has drawn mixed reviews so far.

The Wall Street Journal’s Walt Mossberg, a widely followed gadget impresario, said the S4 was a good phone, just not a great one.

Industry watchers have said the success of the S4 could hinge on a supply back-up plan aimed at preventing a repeat of costly problems encountered in the launch of its premium smartphone last year.Some analysts predict the new Galaxy could top 10 million unit sales in the first month after its launch, so any hiccups in the smooth delivery of core components could be disastrous.

The risks are high. A simple manufacturing error involving unsatisfactory design of handset cases cost Samsung 2 million units of lost sales in just a month after it launched the S III in May last year.Shares in Samsung fell 0.5 per cent in early Asian trade, lagging a 0.4 per cent gain in the wider market.