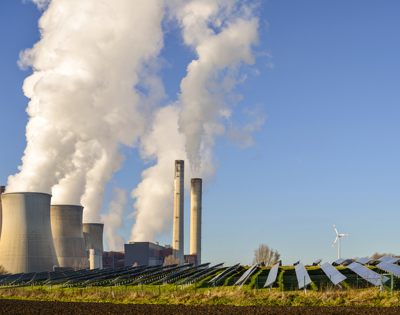 Every now and then we come across news of the government setting up some power plant of 500 MW, 1000 MW or even more sometimes, in different parts . Then we wonder if a power plant rated at 1000 MW will produce 1000 MW electrical energy?

Not necessarily. A lot of people get confused between the power output of a power plant and the electricity which it is producing. While these two are interrelated they are not the same.

There has been a lot of buzz going around about using renewable sources of energy. The renewable energy sources which have got significant policy support in India for power generation include wind and solar. Under the JNNSM (Jawalar Lal Nehru National Solar Mission) launched in 2010 the Indian Government has set the ambitious target of deploying 20,000 MW of grid connected solar power by 2022.

Say there are two power plants of 1000 MW, one produces electrical power from coal and the other from solar energy. So does it mean that they both produce the same amount of electricity (usable units)?

The electrical energy produced by a solar power plant and a coal power plant, both of which have the same maximum capacity, is very different. How? Let us see.

Electricity generation from a coal plant and a solar plant

Solar power depends on sunlight. And because the amount of sunlight falling on it throughout a day is not constant, the output of the solar plant also varies. On an average, a solar plant which has a power output of 1 kW provides 5 units of electrical energy in a day (24 hours) which can be utilised by appliances. (Please note that this is an approximate figure, the total usable energy may vary subject to different factors).

So what does it mean then?

After the above simple calculation we see that

If there is a requirement of 50000 units at a place, then

Ultimately the whole point of using solar energy is to supplement the coal energy in order to ease the enormous pressure on coal and other fossil fuels used for electricity generation. This is because solar power can be harnessed only during daytime and there is no inexpensive storage technology available as of now where the energy generated could be stored for later use. It means that the power generated would have to be consumed instantaneously. Although harnessing of solar power is not very common today, but is gaining popularity rapidly. In fact, in some countries the solar power market has witnessed tremendous growth in the recent years. And why shouldn’t it? In addition to reducing the expenses on electricity, it also is a perfectly clean and sustainable source of energy. Its just a matter of time when solar energy shall be as popular as the regular sources of energy.