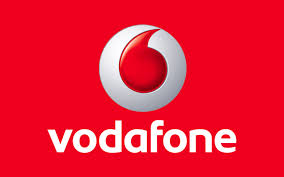 The government Wednesday decided not to contest a Bombay High Court ruling that telecom major Vodafone was not liable to pay tax demand of Rs. 3,200 crores in a transfer pricing case, Communications and IT Minister Ravi Shankar Prasad said and hoped that the decision would boost foreign investors’ sentiment.

“The cabinet has decided not to move the Supreme Court in this regard. This is an important decision,” he told reporters after a meeting in New Delhi of the union cabinet presided over by Prime Minister Narendra Modi.

Prasad said: “Today, the Cabinet by taking a decision not to challenge in the Supreme Court (the Bombay High Court) order upholding Vodafone India’s contention that the transaction, being international, is not amenable to tax… we have given a kind of signal…”

“Mainly, where Income Tax liability is clear, unambiguous, it shall be charged, where it is over-stretched without any legal authority, the government will be fair. That is the indication,” the minister said.

“We welcome the Indian government’s decision not to appeal the Bombay High Court ruling. Stability and predictability in tax matters are important for long-term investors such as Vodafone,” a Vodafone Group spokesperson told IANS in an email from Britain.

“After legal examination, it was deduced that the Bombay High Court decision was right and this fruitless litigation is avoidable. Therefore, a conscious decision has been taken not to file an appeal in the Supreme Court,” Prasad said.

The Bombay High Court, in an order October 10, 2014, said the UK-based Vodafone is not liable to pay an income tax demand of Rs. 3,200 crores in a case relating to transfer pricing.

The Income Tax department had asked the company to pay additional income tax, alleging that it had undervalued its shares in its subsidiary Vodafone India Services while transferring them to the parent company.

Earlier in November, Attorney General Rohatgi had advided the IT department not to file an appeal against the Bombay High Court judgment in the Vodafone tax case.

Transfer-pricing describes the practice of arm’s length pricing for transactions between group companies based in different countries to ensure that a fair price is levied. The Vodafone transaction took place in 2010.

The government’s highest law official also said that he was in agreement with the view taken by the chairman of the Central Board of Direct Taxes (CBDT) in the matter.

The tax authority issued a show cause notice to Vodafone India January 17, 2014, and later passed an order asking it to pay additional Rs. 3,200 crores tax for allegedly undervaluing the shares of its Pune BPO.

Vodafone on January 27 moved the Bombay High Court challenging the I-T order and contended that its transaction on transfer of shares was not taxable under the Indian tax laws.

“We have conveyed a message with this decision that shows our fairness. In fact, this decision gives a message to the investors. Investors’ confidence has been shaken in the past because of very fluctuating tax policy – where the investors’ view and the government’s view were completely at loggerheads,” Prasad said.

“The government wants to convey a clear message to the investors world over… this is a government where decisions will be fair and transparent within the four corners of law,” he added.

Cellular Operators’ Association of India’s (COAI) director general Rajan S. Mathews told IANS: “We applaud the principle on the basis of which the government took this decision. It is a clear signal to the investors. It will help bring in more foreign direct investment in the sector.”

COAI is the business association of GSM players in India.

A. Didar Singh, secretary general, FICCI, in a statement said: “FICCI believes that it is a very appropriate decision and this will go a long way in correcting the perception of the tax administration being adversarial. It will help in creating a conducive tax environment, specially for the overseas investment community.”

“This decision will also help in uplifting the positive sentiments of the domestic industry further,” he added.