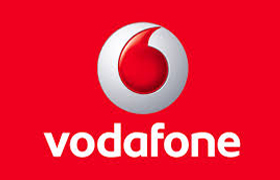 In a fresh setback for British telecom giant Vodafone which is embroiled in talks with the government to settle a Rs 20,000 cr tax spat over the 2007 Vodafone-Hutchison deal, the income tax department has issued a demand notice of Rs 3700 cr against the MNC’s Indian arm on Wednesday, two people familiar with the development told ET NOW.

“A final assessment order and a notice of demand seeking Rs 3700 crore in taxes ( including interest) has been sent to Vodafone India Services Private Limited. The company has been given a time-frame of 30 days to comply with the I-T proceedings or approach the appropriate forum for relief. This development is part of the assessment proceedings for 2008-09 and follows an earlier draft transfer pricing order that sought to add Rs 8500 cr to the company’s taxable income,” said one of the two sources mentioned above.

In response to an e-mail query, Vodafone spokesperson Ben Padovan told ET NOW , ” “Vodafone disagrees with the Dispute Resolution Panel decision relating to the Transfer Pricing Order which Vodafone received in December 2011. Vodafone maintains that there is no tax payable on this transaction and the company will file an appeal before the tax appeal tribunal as soon as possible.

The facts of this case – including the transaction structure – were examined in considerable detail by India’s Supreme Court, which delivered an unambiguous judgment affirming that there is indeed no tax due. Vodafone will continue to strongly defend its position against this Order.”

A senior finance ministry ministry official said , ” Due to past precedents, the revenue department is expected to continue to be active in the transfer pricing space.”

Earlier in September, the Bombay High Court while dismissing Vodafone India’s writ petition had instructed the tax department not to serve the final assessment order and directions of the dispute resolution panel till Dec 17th. The company had questioned the jurisdiction of the revenue authorities to add Rs 8,500 crore to the taxable income of its Indian arm following a scrutiny of transactions by its ( Vodafone India) call centre business.

In January 2012, Vodafone had also moved the dispute resolution panel of the income tax department in the same case.

Transfer price refers to the actual price at which a transaction takes place between two related parties, usually belonging to the same group. Multinational and transnational firms use transfer pricing to allocate revenue between different divisions.