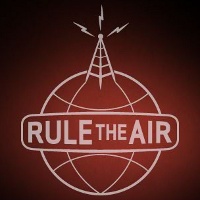 India’s telecom minister Mr. Kapil Sibal has announced that Govt will conduct the auction for 700MHz spectrum by next year.

In an event to commission country’s first independent lab at Mumbai for measuring specific absorption rate (SAR) for mobile devices Mr. Sibal has told that Govt is going to auction 700MHz band (698-806 MHz) in any case by 2014.

It is almost certain that 700MHz band will be used for high speed connectivity via 4G. In United States LTE-FDD is widely deployed by Verizon over 700MHz band. The advantages of 700MHz band over earlier sold 2300MHz are several – 700MHz will provide more coverage, operators have to install lesser number of BTS and even can offer blanket coverage over the area. 700MHz can be best suitable for rural broadband.

It can be anticipated that the price of 700MHz band will be huge. Telecom sector is going through cash crisis, and who will buy it, that’s a big question.