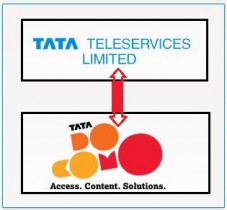 In February 2012 Supreme Court cancelled 122 licenses permitted during 2008, and said licenses issued on or after January 10, 2008 and subsequent allocation of spectrum are illegal and should be cancelled. Tata Tele who got the licenses a long back, but received the GSM spectrum after the date. Currently Tata Tele is presence in 19 circles of the country, as they shut down services in Jammu & Kashmir, North East and Assam w.e.f. January 18, 2013 where their licenses were cancelled and they did not participate in the auction to buy spectrum in those zones.

To begin with COAI is consulting top lawyer Rohinton F Nariman to start the legal action. COAI will first send a leter to DoT and TRAI to take action against Tata Tele.

COAI has all GSM players as its members but it is mostly controlled by Airtel, Vodafone and Idea Cellular (A-Vo-Id). With their new plan to remove Tata Group from telecom sector they are trying to introduce monopoly in Indian telecom. This could be another try to confuse DoT and TRAI who are pushing these operators to pay for license extension and they are not agreeing to pay that much money.

It has been known that Airtel, Vodafone and Idea are likely to restrict outgoing and incoming calls to and from Tata Docomo GSM network.

My point is if Vodafone asks for license extension in top circles including Delhi and Mumbai for public inconvenience instead of paying for license extension, the A-Vo-Id group should not disconnect Tata Docomo GSM network on the same ground as the whole thing is a legal process to prove Tata Docomo’s GSM spectrum allocation is not a valid one.