Voice-to-text just as dangerous to drivers as texting: Study 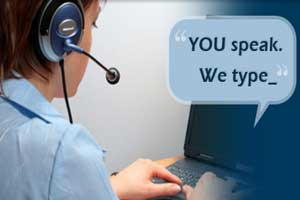 San Antonio:Using voice to send text messages while driving is just as dangerous as texting with fingers, with driver response times significantly delayed no matter which method was used, a study released on Tuesday showed.

The study by the Texas Transportation Institute at Texas A&M University was the first to compare voice-to-text and traditional texting on a handheld device in an actual driving environment.

“In each case, drivers took about twice as long to react as they did when they weren’t texting,” Christine Yager, who headed the study, told Reuters. “Eye contact to the roadway also decreased, no matter which texting method was used.”

The research involved 43 participants driving along a test track without any electronic devices present. The same participants then drove while texting and again while using a speech-to-text device.

Yager said speech-to-text actually took longer than traditional texting, due to the need to correct errors in the electronic transcription.

“You’re still using your mind to try to think of what you’re trying to say, and that by proxy causes some driving impairment, and that decreases your response time,” Yager said.

The biggest concern is that the driver felt safer while using voice-to-text applications instead of traditional texting, even though driving performance was equally affected, she said.

This may lead to a false belief that texting while driving using spoken commands is safe when in reality it is not, Yager said.

The Cellular Telecommunications Industry Association says 6.1 billion text messages per day were sent in the United States in 2012. Some 35 percent of drivers admit to reading a text or email while driving in any given month, while 26 percent admitted to typing one, according to data from AAA, a national drivers’ organization.

“Every day, new technologies come out, and it is important to educate the public that even these seemingly new distractions are still distractions, and it will help people be safer when they get into the vehicle,” Yager said.