Non-Compliant Billing Standards are being followed by Aircel, Vodafone, Idea

Recently Trai has issued a notice about the telecom operators percentage contribution to the billing disputes by Aircel, Vodafone, Idea, BSNL and MTS which varies between 0.11 percent and 2.42 percent. Of which lowest score is 2.42 percent scored by Aircel’s Maharashtra.

Gujarat, Jammu and Kashmir, Kolkata, Karnataka, Punjab and Rajasthan were most of the disputed regions where Aircel postpaid bill has dropped from 0.11 to 0.25 percent. 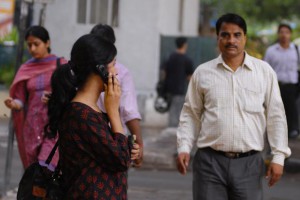 Jammu and Kashmir, Mumbai, Maharashtra, Madhya Pradesh, Orissa also face the same billing dispute but only to the prepaid segment customers. In terms of percentage Aircel has contributed almost 0.11 to 2.42 percent in the above following circles.

As per Trai’s new report, Aircel & Idea were the two telco operators could not resolve the billing benchmark issue.

Jammu and Kashmir, Punjab and Uttar Pradesh (East) were some circles where Vodafone does not meet Trai’s billing benchmark expectation not fulfilled by the company in terms of postpaid segment. In prepaid segment company faces 0.24 percent bill disputes in Bihar circle.

Recently as per news launched by the regulator lot of customers is saying that a call is being answered nowadays in more than one minute from the so-called operators like Aircel, BSNL, Idea Cellular, Reliance Communications, Idea Cellular, Tata Teleservices, Uninor and Vodafone.