Extension of Vodafone’s License has been refused by DoT in Delhi, Mumbai & Kolkata Circles 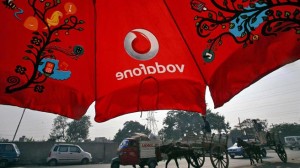 Vodafone’s telecom license in major circles like Delhi, Mumbai & Kolkata has been rejected from DoT as a plea to extend their licenses.

The company commented that “deeply disappointed with the summary rejection of its request for extension of its licenses in Delhi, Mumbai and Kolkata service areas by DoT”, adding that the decision “is against the interests of our several million customers in these cities/circles”.

Similar request from Bharti Airtel has been rejected as well confirmed by the top level ministry.

Vodafone said in a statement that there is no such acknowledgement from DoT’s end of full & faithful operation ib this 18 years license & also being the pioneer to enter into this market where there was no concept of mobile telephony in India by spending around thousands of crores to create such network.

Meanwhile the application of extending the telco licenses were pending & at the same time Airtel, Loop & Vodafone challenged the Govt.’s decision to auction the 900 MHz spectrum.

As per clause 4.1 the govt. can extend the validity of license by 10 years at one time  only if the request arose from the operator end in the 19th year of the license period.

Govt. was planning to sold the remaining blocks of 1800 MHz airwaves but none of the companies take part in the auction happened in March 11 & also the renewal process of 900 MHz band airwaves to be take place from 2014 onwards.