The company is claiming the smartphone to have the “world’s biggest battery”, which is 5330mAh, that is rated to deliver up to 43 days of standby time, apart from 28 hours (3G) and 31 hours (2G) of talktime. The smartphone also features an ‘Advanced Fingerprint ID’ sensor located on home button below the display. 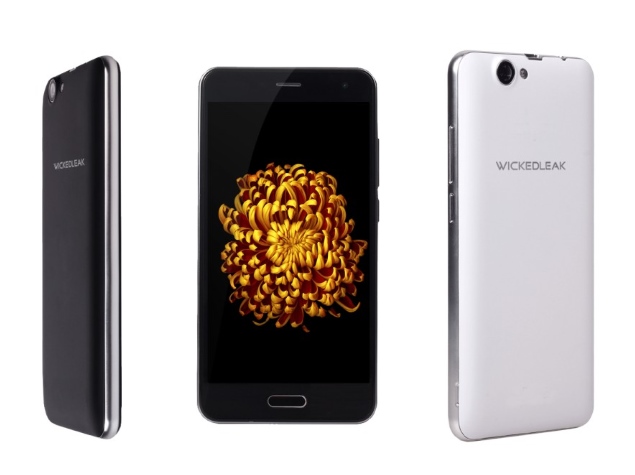 The Wickedleak Wammy Titan 4 is now available to pre-order from the company’s website and will be delivered to buyers from March 1. The smartphone also comes with optional AquaProtect water resistant technology, which brings the price up to Rs. 16,490.

The smartphone is powered by an octa-core MediaTek MT6592 processor clocked at 1.7GHz with Mali-450 GPU and 2GB of RAM. The Wammy Titan 4 sports a 16-megapixel auto-focus rear camera (Sony Exmor RS sensor) with LED flash and a secondary 5-megapixel front-facing camera.

The 16GB internal storage on the Wickedleak Wammy Titan 4 is further expandable via microSD card (up to 64GB). Connectivity options on the device include 3G, Wi-Fi, Micro-USB, GPRS/ EDGE, Micro-USB, GPS/ A-GPS, NFC and Bluetooth 4.0. The handset measures 146×73.6×9.3mm.

In November, the company had launched the Wickedleak Wammy One at Rs. 7,990. The dual-SIM (GSM+GSM) Wammy One smartphone runs the Android 4.4.2 KitKat out-of-the-box and features a 5-inch qHD (540×960 pixels) IPS OGS display; an octa-core MediaTek (MT6592) processor; 1GB of RAM; an 8-megapixel rear camera; a 5-megapixel front-facing camera, and a 2800mAh battery.