Samsung’s next flagship smartphone, likely to be called the Galaxy S6 and launch at MWC 2015, has been in the news for some time. Now, new details about the handset have surfaced on the Web via various reports. 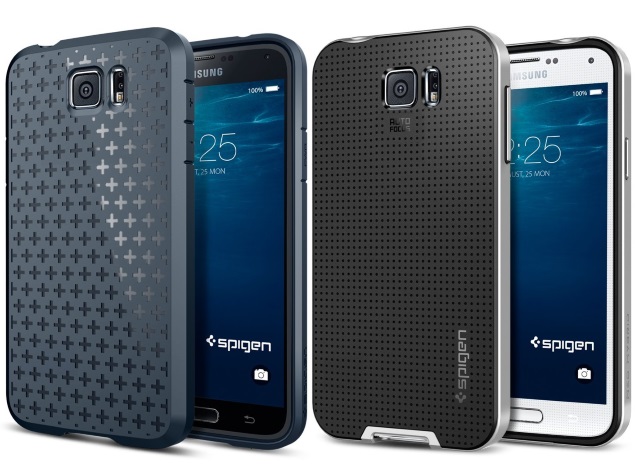 The alleged Samsung Galaxy S6 design has been tipped by a case maker while a report claims that the South Korean company is removing bloatware from the TouchWiz UI of the next flagship. Additionally, Korean media, citing a Samsung executive, reports that the Galaxy S6 will be an “innovative premium handset”.

Popular case maker Spigen, known for listing cases of yet-to-be-announced flagships like LG G3 and iPhone 6, has once again made the news with the early listing of Galaxy S6 cases ahead of the smartphone’s official launch. The case maker has listed (via PhoneArena) the cases for the Galaxy S6 on Amazon.

The back panel image of the Galaxy S6 case listing posted by Spigen shows the rear camera accompanied by the dual-LED flash placed on the right side, instead of being below the camera as seen on the Samsung Galaxy S5.

Sammobile in a report in the meanwhile claims that Samsung is removing add-on features from its TouchWiz UI to make it lighter, and that the features can be downloaded separately as apps. The report is a follow-up to an earlier report that stated Samsung was removing unpopular and unnecessary apps from the TouchWiz UI to “reduce the capacity of system memory” and was focusing on improving its function by “strengthening core features.”

The publication speculates that apps such as Story Album, S Translator, and S Voice can be expected to be removed from the company’s UI and expected as downloadable apps. Sammobile however adds that “S Health and other such selling points will most probably stay on as pre-loaded apps.” Considering that Samsung builds apps while also integrating functions into the settings menu, there is still no word whether how the company will go about the move.

Another report citing multiple Korean media claims that Samsung will launch the Galaxy S6 “according to schedule,” which is at MWC in March.

Samsung’s VP for Mobile, Park Jin Young has reportedly suggested (via GforGames) that the company has no issues with mass production of the in-house Exynos chipsets. Based on previous reports Samsung is expected to initially rollout the Galaxy S6 with its own Exynos processor, and later release about 10 percent of the total units with the Snapdragon 810 processor.

In related news, Korea Herald reports that Samsung during its earning call tipped new details about the Galaxy S6, calling it an “innovative premium handset.” The company also went on to claim that the next flagship will feature a “special function.”

Sammobile in another report claims that the upcoming Galaxy S6 and the variant sporting dual-edge display called the Galaxy S6 Edge will support the Gear VR.

It notes, “There are two possibilities, Samsung is either developing a brand new Gear VR device to support the smaller display size, or the S Edge and the S6 feature a larger display.”