Samsung announced a brand new 7″ Android tablet, dubbed Galaxy Tab 3 7.0. It brings the now familiar S4 styling (just like its 8″ cousin) and comes in Wi-Fi and 3G versions, with the 3G one being fully voice call capable. It even adds a proximity sensor, you know, if you want to put up the tablet up to your head. 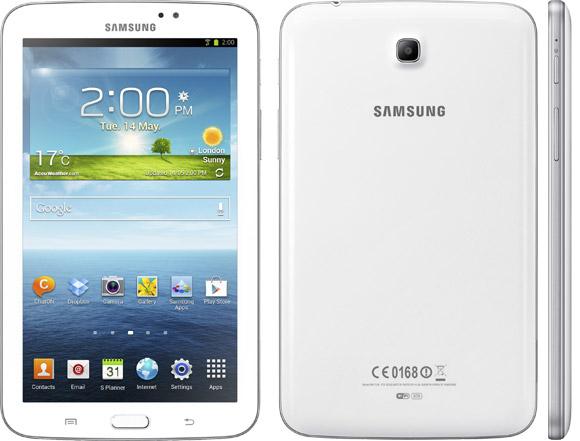 Yes, the Tab 3 7.0 does launch with a newer version of Android, but it’s 4.1, so not even catching up to the Galaxy Megas.

Anyway, Samsung will begin to gradually roll out the Galaxy Tab 3 7.0 globally in the beginning of May for the Wi-Fi version and in June for the 3G version.