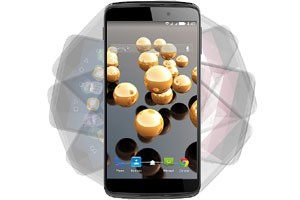 Panasonic has launched the Eluga Switch smartphone in India priced at Rs. 19,990. The smartphone will be available via Amazon India in Gun Metal Grey colour.

“The Eluga Switch does exactly what it was imagined to do, offer two vertical screen orientations in one handheld device,” Pankaj Rana, Business Head, Mobility Division, Panasonic India said on the launch of the Panasonic Eluga Switch. “A user can effortlessly ‘switch’ between an upright and inverted smartphone. The Switch is the epitome of consumer preferences, designed by keeping into consideration extensive customer feedback and expert technology.”

The Panasonic Eluga Switch features a 5.5-inch full-HD (1080×1920 pixels) resolution display that is reinforced by Asahi Dragon Trail Glass and features Oleophobic Coating to make it scratch-free. The Android 5.0 Lollipop-based Eluga Switch is powered by a 1.5GHz octa core Qualcomm Snapdragon 615 processor, clubbed with 2GB of RAM and Adreno 405 GPU. It sports a 13-megapixel rear camera with LED flash, and an 8-megapixel front facing camera. It bears 32GB of inbuilt storage with no microSD card storage expansion option and is backed by a 2910mAh battery.