Micromax on Friday launched a new line of feature phones – Joy – alongside a new packaging style that using pouches instead of boxes, ostensibly to reduce cost and maintain value for money. The Joy series has been launched with two new handsets, the X1800 and X1850, priced at Rs. 699 and Rs. 799 respectively. While the Joy X1800 already hit the shelves starting Thursday, the Joy X1850 will reach the market “in a week’s time.” 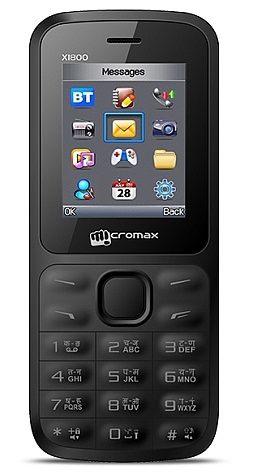 The dual-SIM Micromax Joy X1800 (seen above) features a 1.7-inch QQVGA (128×160 pixels) TFT display along with a 0.08-megapixel rear camera. Besides expandable storage of 4GB, the handset is backed by a 750mAh battery, which is rated to deliver up to 235 hours of standby time and 3 hours of talktime. The feature phone measures 105x44x14.7mm.

The Micromax Joy X1850 (seen above) is also a dual-SIM phone, and sports similar specifications like the Joy X1800 except a slightly different look and an 1800mAh battery rated to deliver up to 642 hours of standby time and 7.5 hours of talk time. The handset measures 114.5×50.5×15.8mm. Both the feature phones are Bluetooth-enabled and include FM radio connectivity. 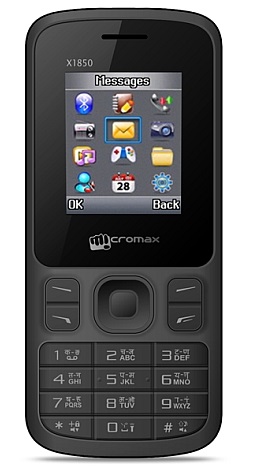 “We introduce products which offer great value to the consumers. With the launch of Joy series, we have taken a lead yet again by offering a unique combination of innovative packaging and great value through our offerings,” said Vineet Taneja, CEO, Micromax Informatics Limited during the launch. 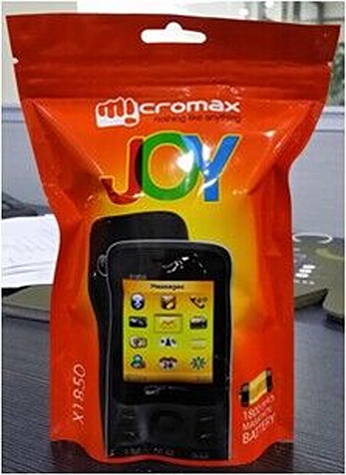 Speaking of Micromax feature phones, the firm recently launched more than a dozen handsets under its X-series and a couple under its C-series.