Among these the most high priced and therefore most technologically advanced is the Lenovo S6000. Available at a price of around Rs.27,000 this tablet has some outstanding features to it. Let us take a look at the specifications of the S6000. 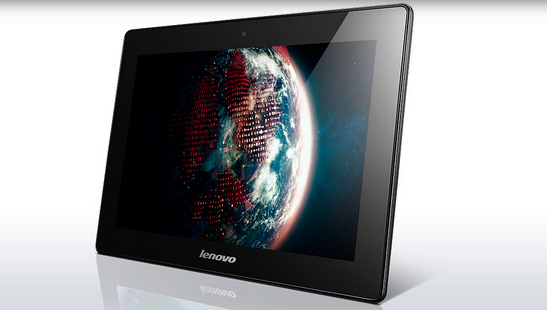 Specifications of Lenovo S6000
Screen: The Lenovo S6000 has a 10.1 inch IPS LCD capacitive touchscreen with a display resolution of 1280 x 800 pixels.
Processor and Chipset: The tablet sports a powerful 1.2 GHz quad-core Cortex A-7 processor that is supported by a MediaTek 8389/8125 chipset.
Memory: The Tablet has a RAM of 1 GB and is available in two version having internal storage of 16 GB and 32 GB respectively. The

storage memory can however be extended by 64 GB with the help of a micro-SD card.
Network Connectivity: The tablet has the capability to connect to 2G as well as 3G networks. As a reason it can utilize GPRS, EDGE and HSPA+ data networks.
Other Connectivity: The tablet is capable of using Wi-Fi connectivity. In addition the tablet also has Bluetooth and USB connectivity.
Camera: There is a primary camera on the rear of the tablet which is 5 MP and comes with autofocus feature. There is also a secondary VGA camera which enables using the video chat feature.
Operating System: The tablet runs on the Android OS version 4.2, Jellybean.
Battery: The tablet has a 6,350 mAh battery which is capable of providing a great battery back-up.
Additional features: The tablet has a number of additional features such as SNS integration, Media player, Document viewer, Photo editor, Organizer etc.

Our Take: Lenovo has put great effort in producing this tablet and that is clear from the high end features that the tablet has in place. Apart from having an amazing display and connectivity the tablet has a brilliant battery back-up that will help the users enjoy the features of the tablet for a longer period without worrying about charging it.