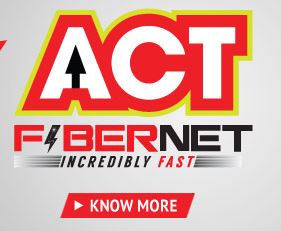 Headquartered in Bangalore, ACT is spread across the towns & cities of Karnataka, Andhra Pradesh & Tamil Nadu. ACT presently has a gratifying 1 million+ subscribers.

The founder of ACT, Mr.Sunder Raju is the most respected personality in the Indian Cable Industry with an experience of more than 10 years. The senior management team of ACT consists of experts with experience in varied industries like FMCG, Entertainment, Information & Technology, Telecom etc.

ACT has been funded by IVFA (India Value Fund Advisor).