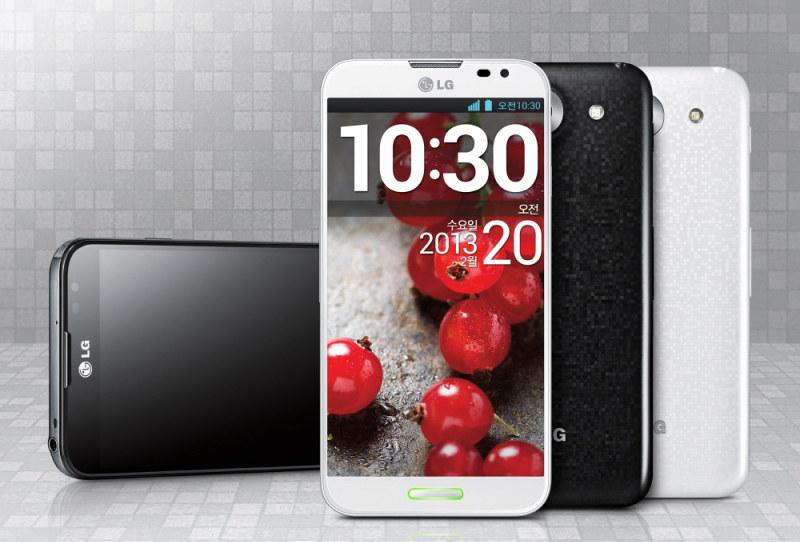 LG’s first 1080p droid is also the company’s first smartphone to cross the 5″ mark, but a massive screen isn’t the only thing that warrants the Pro tag. The LG Optimus G Pro boasts a new chipset too, and a significant software update over the Optimus G.

The phablet duties are taken seriously – the screen offers 20% more real estate than a full-HD 5 incher, without dropping below 400ppi. The Optimus G Pro also improves on multi-tasking with the updated Snapdragon 600 chipset and revamped QSlide multi-tasking that works a lot better than the version we saw on the Optimus G.

The LG Optimus G Pro is quite the entertainer too – it can be the device that ties together your whole multimedia setup at home. It has multiple ways to stream multimedia (both wired and wireless) and thanks to Dual Screen Dual Play, the phablet’s display is independent of the TV display.

And it’s not done when you press play either, with its IR emitter and QRemote app the G Pro can control your TV and stereo, but also a projector and even an air con.

LG has put a 13MP main camera on the Optimus G Pro, same as the regular G, and bumped up the front-facer to 2.1MP / 1080p. This may seem as a minor upgrade, but it’s made cooler by the Dual recording feature – it uses both cameras to capture both the photographer and the subject. The still camera grew a couple of new features too, Intelligent Auto and VR Panoramas (which are basically Photo Spheres).

The phablet has a 3,140mAh battery, about what you’d expect from a device this size. But it also comes with a spare battery with its own charging dock, which also serves as a stand for the handset (no need to swap batteries to have them both charged, but no simultaneous charging either). That’s great news anyway for heavy users who run their battery flat in under a day. The G Pro supports wireless charging out of the box too.

The LG Optimus G Pro has the specs to appeal to both business users and tech enthusiasts, but those two groups are quite picky about the hardware – it just has to be top notch. So, can the flagship LG phablet deliver? Head over to the next page where we begin to find out.