HP seems to be focusing on the voice-calling tablet market with its VoiceTab line of products. We saw the launch of HP’s previous range in this category early last year, and the HP Slate6 VoiceTab didn’t receive a favourable opinion from us.

Moving forward, HP’s newest voice-calling Android tablet, the HP 7 VoiceTab, is a 7-inch tablet as its name suggests. You won’t need to break a bank to purchase one since it costs less than Rs. 10,000. Here’s hoping that HP has learnt a thing or two from its previous mistakes. 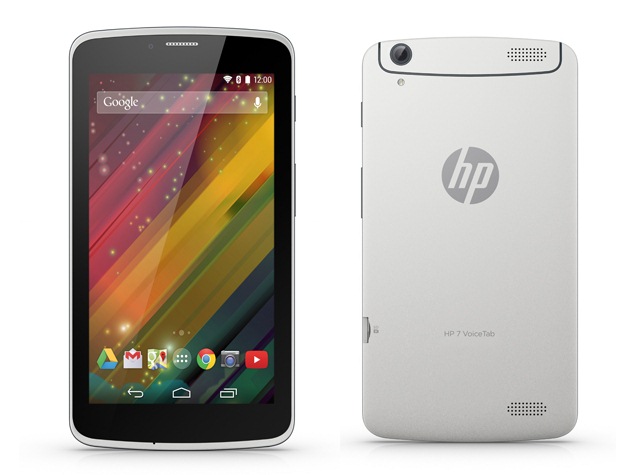 Look and feel
The HP 7 VoiceTab looks and feels like a sturdy device, which is great since the Slate6 VoiceTab had poor build quality. Made entirely of plastic, the HP 7 VoiceTab is quite chunky at 10.2mm thick and 305g in weight. Even so, the bezels are fairly thin, making the HP 7 VoiceTab feel more compact than some other 7-inch tablets we’ve used in the past.

Thanks to its soft matte rear, the HP 7 VoiceTab doesn’t really offer a good grip but it feels like it could take a few falls. It is available only in a white-and-black colour scheme. The white rear gets dirty really fast.

The power button and volume rocker are on the right edge of the tablet. These buttons have decent travel. On the bottom is the standard Micro-USB charging port and on the top lies the 3.5mm audio jack. HP decided to go with onscreen buttons for navigating through the operating system. Above the 6.95-inch screen are the earpiece, front camera and ambient light sensor.

The primary camera and flash are on the rear along with stereo speakers. There is a removable flap on the upper rear which hides the SIM card slot from plain sight. However, the microSD card slot is exposed, which invites dust particles and grime. 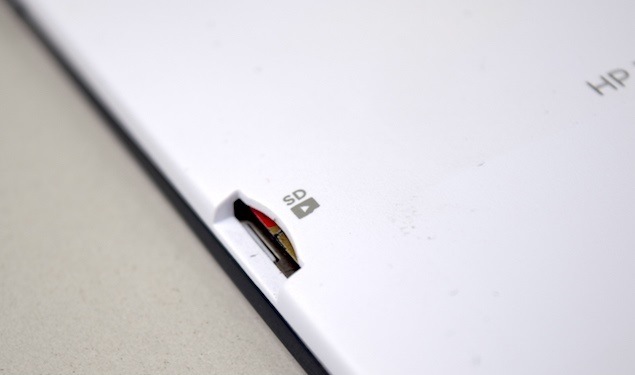 The 6.95-inch display has a resolution of 600×1024, which translates to a low 170ppi density. Images and text look pixellated, colours are washed out, and viewing angles are completely off. Even at maximum brightness the display is quite dim. It is no surprise then that sunlight legibility isn’t good either.

Specifications, software and camera
The HP 7 VoiceTab uses a quad-core Mediatek MT8382 SoC which has four 1.3 GHz Cortex-A7 CPU cores and a Mali-400MP2 GPU. There is 1GB of RAM available for applications and services. HP provides 8GB of internal storage space but one can extend this by up to 32GB using a microSD card. The tablet also supports USB On-the-Go.

It has a 5-megapixel primary camera with flash, and a VGA front camera. The tablet can connect to 3G networks, and other wireless connectivity options include Bluetooth v4.0 and Wi-Fi b/g/n. It has a non-removable 3000mAh battery inside providing the juice. 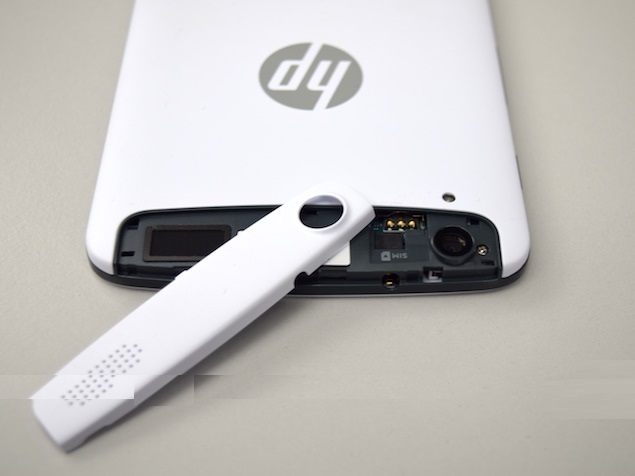 The HP 7 VoiceTab runs vanilla Android 4.4.2 (KitKat) without any skinning. There are no added features such as windowed or split-screen modes to make better use of the big screen. HP adds only a few apps: HP Connected Photo, HP Support Assistant, Rescue, and Skype. HP Support Assistant and Rescue provide similar functions in the form of technical support. It is surprising that HP hasn’t bundled a productivity app for reading/editing documents.

HP relies on the default Google camera app to get the job done. It is a pretty decent app that focuses on shooting and does away with intimidating manual controls. Unfortunately, however good the app is, it cannot really salvage the performance of the camera. The rear camera tries its best to capture good images but fails. Our test shots were laden with noise and had issues with temperature. Moreover, captured 1080p video was wrapped in the 3gp compression standard and looked downright bad. The less said about the performance of the front camera, the better. 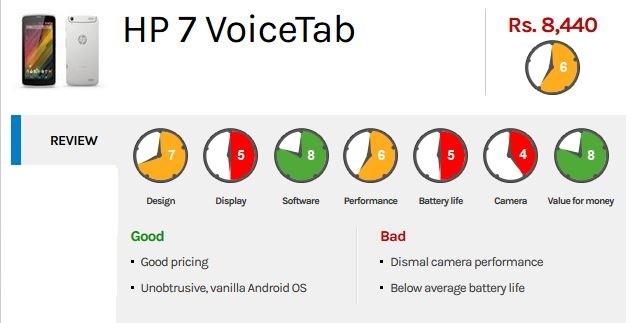 Performance
The HP 7 VoiceTab is a fairly decent performer in daily usage. We didn’t notice any freezes or stutters when using the device, though heavy games didn’t work well.

The HP 7 VoiceTab scored 7fps in GFXBench and 3036 in the 3DMark Ice Storm test. We ran AnTuTu and Quadrant as well, in which the device scored 17,768 and 6,578 points respectively.

True to its name, the HP 7 VoiceTab handled voice calling well. Sound quality was really good and you don’t need to worry about dropped connections either. It couldn’t handle 1080p videos but the sound emanating from the dual speakers was really loud and didn’t distort at maximum volume either. The bundled earphones are up to most tasks and there is no need to replace them. In our video loop battery test, the HP 7 VoiceTab lasted only 5 hours and 38 minutes, which is below par for a tablet, price notwithstanding.

Verdict
The official price of the HP 7 VoiceTab when it launched was Rs. 10,990, which would have been too much for the performance and features it offers. However, you can find one for as little as Rs. 8,500 now. Even considering the price drop, we think competing tablets such as the Digiflip Pro XT811 and Asus Fonepad 7 2014  are better options in the same price range. HP really needs to rethink its strategy if it wants to target the budget tablet segment.