The Z30 isn’t BlackBerry’s first smartphone to entirely break up with the old ways and go after the multimedia powerhouses of the competition. In fact, a five-incher must’ve been on the cards ever since the 4.2″ Z10 appeared early this year. This sure looks like a steep increase in screen size but Blackberry must’ve been aware of the fact that they needed to catch up and do it fast. It’s a 720p Super AMOLED display too, a second for the company after the Q10, but the first full-scale touchscreen.

The Z30 is powered by an upgraded Qualcomm chipset with a more recent GPU and has better battery backup than the preceding Z10. The latest version, 10.2, of the BB OS brings lockscreen notifications, a new instant preview and reply feature, new Priority Hub, updated system apps, USB host and more. 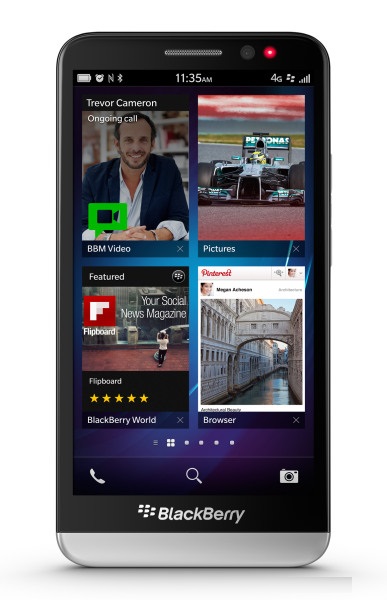 BlackBerry 10 is still a toddler compared to iOS and Android, but the others can certainly learn a trick or two. And you can’t accuse BlackBerry of not trying either. Many popular apps missing at the premiere of the OS are now available in the BlackBerry World. Popular Android and iOS games are making their way to the platform too.

The ability to run Android apps isn’t new to the BB 10 OS but the 10.2 version is finally beginning to make a difference. There’s Jelly Bean compatibility now – and hardware acceleration is enabled, so the experience should be superior to simply running ICS apps through an emulator. BlackBerry has finally unleashed the BBM messenger on other platforms too and it’s enjoying a good reception. Overall, the BlackBerry 10 OS looks fresh and compelling with innovative gestures and attractive design, but it will definitely get the job done too.

The rear cover of the Z30 is removable, but unfortunately the battery is not user accessible, so DIY replacement is a no go. You can find the microSD and microSIM slots on the right and the memory card is hot-swappable. Popping a SIM card in will prompt a reboot of the device. 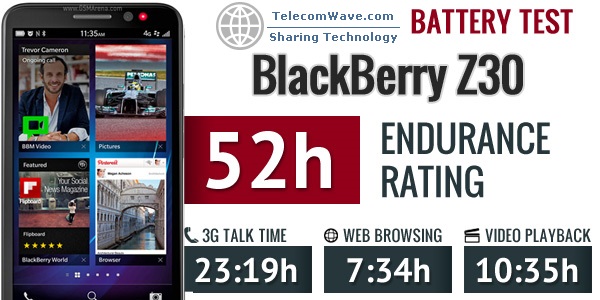 The Z30 boasts a 5.0″ Super AMOLED screen of 720p resolution (720 x 1280 pixels). It’s only the second AMOLED unit on a Blackberry phone, after the Q10 messenger. The pixel density clocks in at 294 ppi, which is way below what this season’s flagships offer – but, admittedly, crisp enough for comfortable reading and viewing.