Comparing it to its predecessor, the Apple iPad mini with Retina screen looks no different either, but that’s until you turn it on. The new screen is impressively sharp and the new chipset is blazing fast, meaning loading times in most apps are noticeably faster now. The Wi-Fi speeds have doubled, there is a seriously bigger battery inside, there is a second mic for noise cancellation and now you have a brand new 128GB version, if you’ve got the money to burn – the last generation iPad mini maxed out at 64GB. 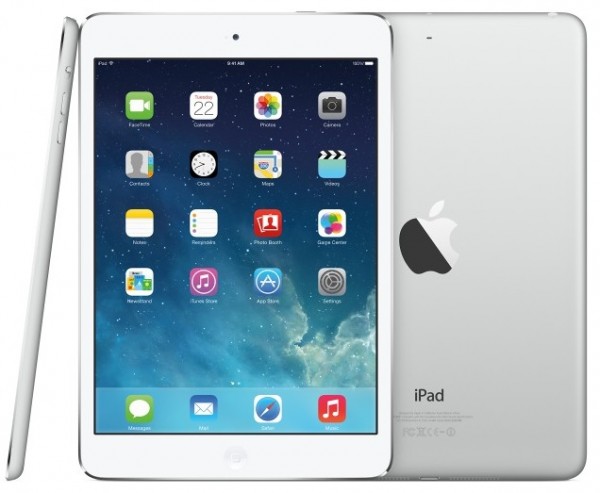 The new dual-core 64-bit A7 chipset inside the new mini jumps two generations ahead of the A5 processor in the original. It’s not that the older mini was sluggish, but the new device is notably faster and more responsive in almost all apps we tried.

Last season’s bigger iPad at least had the luxury of being more powerful but those days are gone. Now the two size of iPads have equally good specs, which kinda puts the iPad Air in a sticky position. It’s true that the bigger Air is easier to carry than any other full-size iPad and the slimmer frame helps single-handed operation but there’s no avoiding the fact that the iPad mini is the friendlier form factor.

The iPad mini’s handling and portability could be the big decider for a lot of people who are eyeing a new iPad for Christmas. To be honest, we don’t think Apple will mind no matter which one you pick.

Apple introduced the Retina display back in 2012 on the third-generation iPad and hasn’t increased the resolution since. What’s amazing however is that now we get the same high resolution in a compact sub-8-inch tablet. The competition may have 10-inchers with higher resolution, but in the compact segment, the iPad mini screen resolution is as high as it gets.

In a stark contrast to last year’s iPad mini, the new screen is incredibly sharp. The number of pixels has been quadrupled (3.1M pixels vs. 0.78M pixels) and the mini has doubled the pixel density of the original (324ppi vs. 162ppi). Now, it’s really hard to spot the individual pixels with your bare eyes and even the smallest of fonts look clear and legible.

The pixel arrangement on the LCD matrix is the same as on the iPad Air – you get a standard red, green and blue pixel side by side.

Looking at the numbers the iPad mini 2 stacks pretty well against the competition. Its contrast is not the best we have seen, but the colors are nicely rendered and the viewing angles are very decent for a tablet..

The iPad mini 2 is equipped with a 45% more battery capacity than last year’s mini (23.8Wh vs. 16.3Wh) just so it can achieve the same manufacturer rating of 10h of runtime.

Well, manufacturer ratings are never to be taken at face value, so we did our usual set of battery life tests to see how the iPad mini 2 stacks up against the competition.

We are happy to report that the Apple iPad mini 2 did more than enough to live up to Apple’s claims and then some. The slate managed a 10:47 hour run in our Wi-Fi web browsing test. That’s nearly 40 minutes more than the iPad Air, but it should come as no surprise – the mini 2 has a much smaller screen and the chipsets are almost identical (save for a small difference in clock speed). More importantly, the improvement over the original iPad mini is over an hour and a half.