While the Samsung Galaxy S4 mini was announced on Thursday, two other variants sharing the Galaxy S4 prefix are also expected to launch soon.

A new report by Hi-Tech.mail.ru reveals purported specifications of the camera focused Galaxy S4 Zoom and the ruggedized Galaxy S4 Active smartphone. According to the site, the Galaxy S4 Zoom will feature a 4.3-inch Super AMOLED display with a resolution of 540×960 pixels. It will be powered by a 1.6GHz dual-core processor and offer 8GB of internal storage expandable via microSD card. The phone is expected to sport a 16-megapixel rear camera with 10x optical zoom and a 1.9-megapixel front facing camera. The phone is said to come with Bluetooth 4.0LE, Wi-Fi 802.11a/b/g/n, A-GPS connectivity options and a 1900mAh battery. 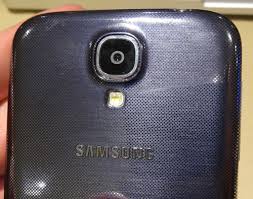 The ruggedized version of the Galaxy S4, the Galaxy S4 Active, which is expected to be a water and dust resistant phone, is likely to feature a 5-inch full-HD super AMOLED display. It would be powered by a quad-core Qualcomm Snapdragon 600 processor and Adreno 320 graphics processor. The phone is expected to have 2GB of RAM and run Android 4.2 Jelly Bean, the latest iteration of the OS. The phone will offer 16GB internal storage expandable via microSD card and is expected to come with a 2600mAh battery. The Galaxy S4 Active will come with Bluetooth 4.0, Wi-Fi 802.11 a/b/g/n, and NFC connectivity options in addition to an IR blaster just like the Galaxy S4.

While the Galaxy S4 active is expected to come with 4G LTE connectivity, the Galaxy S4 Zoom is not likely to support it, as per the report.

Samsung will unveil new Android based Galaxy devices and Windows/ Windows Phone 8 based Ativ devices at an event in London on June 20. There’s a lot of speculation that the company would announce these Galaxy S4 variants at the event but we can’t be sure until the actual announcement takes place.

The Galaxy S4 Active has already made appearances through leaked pictures and a video and the rumoured specifications somewhat match the specifications mentioned in this report barring the processor which one of the source had suggested to be a dual-core Snapdragon S4 Plus.