By the help of Pelican Imaging, a new 16-element lens camera will be introduced into smart phone by the Finnish handset manufacturer into their premium series of handsets i.e. the Lumia soon in the next year as per hint provided by the company. 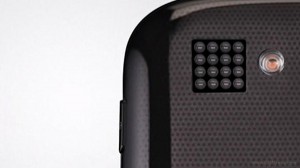 The interesting feature of Pelican Camera is that it contains 16 individual lenses & when the shutter is pressed then the lens snaps all the pictures together & every pixels carry depth information.

This is quite similar to Lytro camera, where a photographer can alter the focus of the image or can have multiple image focus points, soon the image has been captured.

The company claims that the photographers can change the image background, scale any portion of the picture or add any new elements into the picture.

Chris Pickett the Pelican’s CEO quoted that he didn’t say the name of the testing manufacturers name, but it would seem unlikely that Nokia would pump money into a company only to see others reap the benefits.